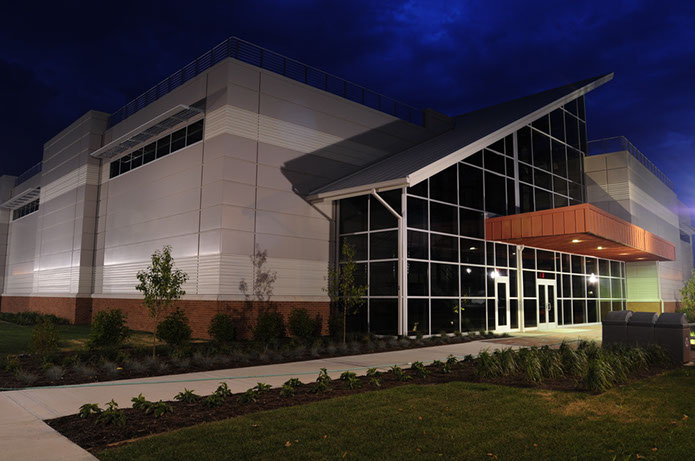 This project was a two story addition to the Davis Street Facility on the University of Findlay campus.

Private institution with approximately 3,800 total enrollment. It is the largest private college in Northwest Ohio, The 78 acre campus is located in Findlay, Ohio.

Greensleeves' system was selected to be incorporated into the Davis Street Addition because of its anticipated energy cost reduction of over 50%. Actual results indicate a savings of 56%, compared to a conventional HVAC system with a gas boiler (built to ASHRAE 90.1.2007 standards), which is equivalent to approximately $83,000 savings per year, and an estimated maintenance savings of $7,500 per year. The simple payback based on the above analysis is less than 1.27 years.

“We are always concerned about energy costs; financially, 85% of the long term cost of a building is utilities,” said Dan May, vice president of academic affairs. Martin Terry, vice president for business affairs, and Myreon Cobb, director of physical plant, set a challenge to achieve energy efficiency, a state of the art “clean tech” building and a high return on investment.

Greensleeves, in concert with the RCM Architects Project Team, completed multiple energy simulations looking at various components of the building (wall construction, windows, roof insulation, lighting, etc.) and provided feedback to the team on which areas would provide the most positive impact on overall energy use. Once the energy saving options were quantified, the initial cost for each option was analyzed to determine which strategies to implement to get the shortest payback for the greatest energy cost reduction.

This sustainable solution leverages existing equipment building and combines it with newer and more efficient technologies for the most effective results. The integrated advanced control package manages the temperature of the total system including the geothermal ground heat exchanger, to improve system efficiency.

Greensleeves’ Technology uses artificial intelligence to optimize the performance of the hybrid HVAC system. It provides smart thermal management of a conventional geothermal heat exchanger via predictive, self adapting algorithms and optimizes the performance of the system, including the boiler and cooling tower. These controls have the ability to reduce the size requirement for a geothermal heat exchanger by more than 50% and to reduce the energy use of the system approximately 20% below that of a typical ASHRAE hybrid geothermal system.