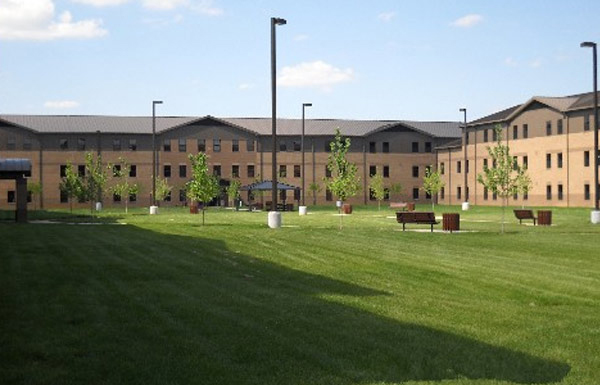 In 2013, Ft. Campbell Army Base began a construction project that included 2 new barracks and a new geothermal HVAC system.

The Army Base in Kentucky is home to the 101st Airborne Division and the 160th Special Operations Aviation Regiment.

Ft. Campbell Army Base began a major construction project to build two (2) new barracks that also included new geothermal heating, ventilating, and air-conditioning (HVAC) systems. The intent of this new construction project was to  provide a new ground-source system that could be most efficiently and effectively used in conjunction with the new HVAC system. The design of the new ground-source heat exchanger is composed of two (2) individual   borefields (1 per building) with a total of 64 bores each at a depth of 300 ft.

Greensleeves’ patented technology was chosen for this project to monitor the building loop flow and temperatures and compare the real-time loads to the original design loads and save the load data.  The Greensleeves’ system will also track and log the outside air temperatures. Using all of this information, along with its algorithms, the Greensleeves’ system will forecast the projected future operational conditions of the geothermal ground heat exchanger and then adjust the system to meet the projected needs.